Shanbhag is one of my all time favorite restaurants. It holds the honor of being my first favorite restaurant too. Being as old as I am, it was one place I used to throng every now and then while I was a kid. There is a branch at Panjagutta, but the main Shanbhag menu is still served at Basheerbhag. So here I was on a Friday evening, with mom and dad.

It was supposed to be a simple meal as none of us were really hungry. But looking at a menu I was so familiar with (albeit the prices) made me order the usual – Malai Kofta, Veg. Sizzler, Butter Naan, Masala Kulcha, and the ever so famous Ghee Rice. The Sizzler normally takes a while in the making, so it was quite a wait before dinner was served. 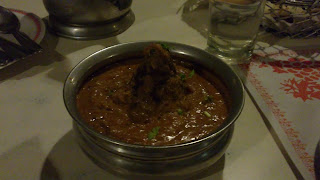 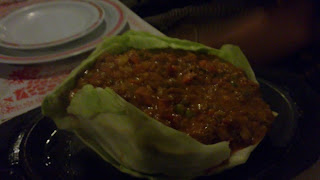 The Malai Kofta was excellent, creamy and butter oozing out of ever bite. It was probably not as great as what it was maybe 10 years ago, but still, was finger licking good. Their Sizzler is not what you get at every other restaurant. It’s rather a mixed vegetable curry served on a sizzling plate with a cutlet in between. On first sight when served, it looked lesser in quantity than the last time I had it. It tasted alright, nothing so great. It was much better before. 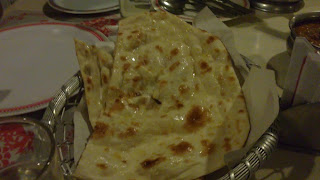 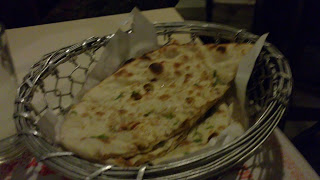 The Butter Naan was really good. Again, their Naan is one of the best I have had in the city. It was served tepid though. Mom and Dad ordered the Masala Kulcha, which turned out to be a bad choice. For 45 bucks a piece, it was totally dry and dint have any stuffing in between. 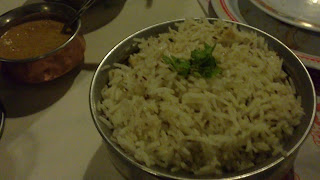 Then came the Ghee Rice, my all time favorite food. It smelt as good as ever. It tasted good too, but dint have enough salt in it. Adding a little made it taste excellent. I was a little disappointed that it dint have as many cashew nuts as it once did, but the amount of ghee was still the same. The gravy it is served with is their trademark recipe. My brother, while he was a Chef, tried to cook something similar but never could match their taste. It was full of flavor, delicious.

Overall, a walk into the past. The food was really good, but I have to admit that it was much better before. Before their change of menu, the one at Panjagutta served much better food than the Basheerbhag branch. But now Ghee Rice is available here only. The quantity of food served was good (we had to pack and bring home most of the food). Prices were alright for today’s times (I remember the Ghee Rice being Rs. 18/- once upon a time, now Rs. 75/-). The place needs a revamp, the furniture was in horrible state. They probably need a change of cutlery as well.

If you’re not a diet conscious person and looking for a place to hog properly, Shanbhag is the place to go to. Their Panrer Butter Masala used to be out of the world, so give it a try. Tiffins are great as well, try the Rava Bun, Rava Masala Dosa or the Besibele Bath.