For a foodie meet, dropped in to this small place on Kondapur-GachiBowli road. It’s a small air conditioned, self-service, no seating joint, with pretty neat ambiance. With the kinda food offering, it reminded me of 13 Dhaba, but with much better atmosphere. 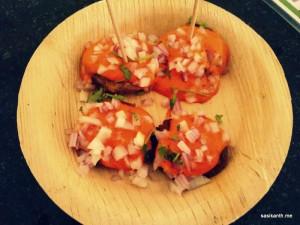 The Cajun Spice Potatoes happened to be Aloo Tikkis served with spicy creamy cheese sauce, and chopped onions. The combination was just perfect, and tasted brilliant. It was one of the best starters I’ve tasted in recent while. I couldn’t stop licking the sauce off my fingers. Yum! 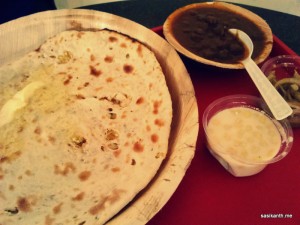 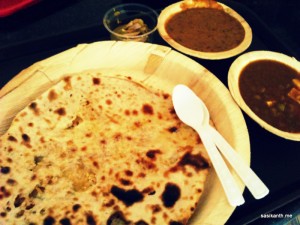 I asked for an Amritsari Kulcha with Mutter Paneer and Dal Makhni. The Kulcha wasn’t really great for there was not much stuffing, and tasted bland. The Mutter Paneer too was kinda sad; the paneer was alright, but the gravy was too tomatoey and lacked enough masala. I had a taste of Chole, which also wasn’t really great. However, the Dal Makhni happened to be delicious for it was creamy and just perfect. A saviour in terms of main course dishes. 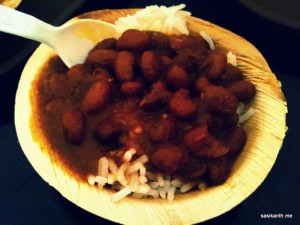 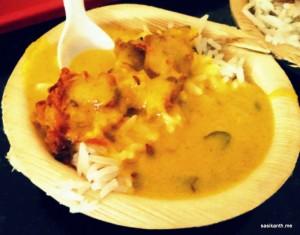 I next asked for a portion of Dal Chawal, which as expected tasted yum. That apart, I had some Rajma Chamwal, which was pretty good. The Kadi Chawal could have been better. 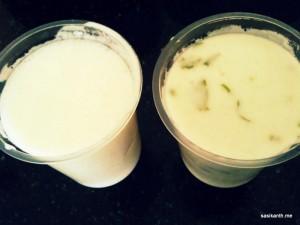 Surprisingly, the Lassi was very thin and tasted average, while the Butter Milk was creamy and thick.

Both the desserts, the Gulab Jamoon and Jelebi were pretty good.

Overall, it was a decent meal. While few items were excellent, others needed a lot of improvement. Bottom line, give this place a try if you’re in this part of the city. I thought it was definitely better than the dhaba along the road; lemme know what you think.