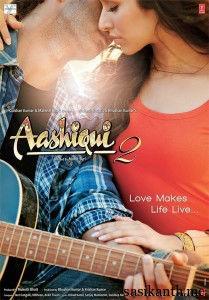 Is it worth your time and money??: If you are into romantic movies with sad endings, then Aashiqui 2 is for you. Mohit Suri does a good job with a script written by Shagufta Rafiqui, but the plot could have been way better. The character of the protagonist was not well established  in the beginning of the film. It’s a very short film, and they had all the time to give some base to Aditya’s character. Nevertheless, the first half of the film is good, with the latter half kinda becoming a bore after a point. On acting front, Aditya Roy Kapoor does a decent job, but he still needs to improve on his acting skills. Shraddha Kapoor looked gorgeous and performed well. The rest of the cast was alright. The definite plus point of the movie is its music. The soulful numbers are also well picturized. Overall, it’s a decent film, but definitely had the potential to be much better.