Well, I expected Ishq to be a mass film, but it turned out to be this classy, entertaining romantic comedy. Someone on my facebook page said Ishq is a hit for Nitin after a long time. I don’t know how big a hit it will be, but for what it is, it will definitely run.

It could have been way better with a little more effort from the director Vikram Kumar (Story-Screenplay-Direction). The movie starts of well, but the first half was such a drag. Good, but the screenplay ruins the moments. It resembles Ala Modalaindi quite a bit too. Nevertheless the film picks up pace in the second half and takes you on a roller coaster ride.

Nitin looked dashing, Nithya Menen bubbly, and Ajay superb. Plus points are good acting performances and entertaining second half. A pacier first half could have worked wonders for the film. On the whole, Ishq works both for class audience and mass audience and is a nice rom-com. 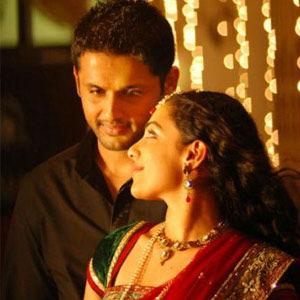 Rahul (Nitin) is a happy-go-lucky guy. He bumps into Priya (Nithya Menen) at the airport and they both take the same flight from Delhi to Hyderabad, which gets diverted to Goa due to bad weather. They spend time together in Goa and ultimately fall in love. Once back in Hyderabad, Rahul realizes that Priya is Siva’s (Ajay) sister, with whom he’s had some differences in the past. The rest of the story is about how Rahul convinces Siva to agree for his wedding with Priya.

Actors Performance
Nitin looks really cool and dashing in the film. For a second, I couldn’t believe this was the same guy who made debut with Jayam. His modulation was pretty good, but it looked like he was trying to imitate Pavan Kalyan on a number of occasions. His comic timing was pretty good. He even turned out to be a good singer. 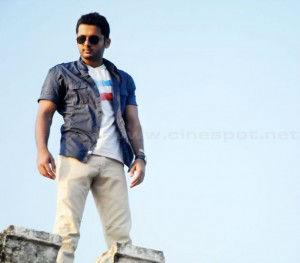 Nithya looked gorgeous as ever. She had a meaty role and she utilized it to the max. She was absolutely fantastic in the chase episode. Her self dubbing is a definite asset to her acting.

The dark horse though was Ajay. He was brilliant as the maniac lover, possessive brother and doting son. The variation he showed was really good. Ali shined in a brief appearance. Sindhu Tolani looked old and odd. It was surprising that Ramesh (drunkard from Ala Modalindi) didn’t have any role in the movie. The rest of the cast was alright.

Director Vikram Kumar had a good concept at hand, but he wasn’t able to execute it to the best. The first half was very classy and very well picturized. But at the same time it was too slow with a weak screenplay. The second half gets better with the brother conflict point, but it too had it dull moments. Nitin and Ajay’s characterization seemed very inconsistent for it was as if Rahul was throwing attitude at Siva instead of convincing him for the marriage on most occasions. Similar problems with Ajay’s character. And there were episodes which seemed like rip off’s from Ala Modalaindi. Otherwise, he was able to handle the fun episodes, especially the airport and Goa ones beautifully. A little more pace, better screenplay and narration could have worked wonders.

Music by Anoop Roobens and Arvind Shankar is good, but out of sorts for the situations in the film. Even the background score by Anoop seemed good, but was very inconsistent. My best pick is “Lachamma Di”, but was very disappointed that it was barely used. Dialogues by Samala are decent. Cinematography by P. C. Sreeram is first-class, but the color grading, especially in the Goa episode could have been better. Editing by Sreekar Prasad is good. Production values by Producers Vikram Goud and Sudhakar Reddy are superb. The film looked very rich on the technical front.