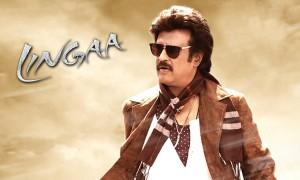 After disastrous Kochadaiiyaan, one would have expected Rajni to act in a sensible film which would make his fans happy. But unfortunately, Lingaa fails miserably at all levels.

Directed by K S Ravi Kumar,  the film starts off in the present age with our Super Star as a petty thief. Then we’re told that he is the descendent of King Lingeswara who build a dam and temple in a small town in the pre-independence era. The temple has been closed down for ages and Lingaa is required to reopen the temple. The first part of the first half is about Anushka trying to vie Lingaa to visit the town and reopen the temple, and once he does, we have to sit through 2 hour flashback/lecture about how great his grandfather is. This flashback is so bloody long that I actually forgot the reason for it. The problem with Lingaa is not just its running time but its predictable script; no wait, it’s lazy screenplay; no, its pathetic direction. If either of the latter were good, the movie would have been better. But thanks to below par screenplay and direction, most Rajni fans in the theatre couldn’t stop yawning (and cursing). The only positive point are some good dialogues.

Rajni tries his best to keep the boat sailing, but how much can he do (especially when his body double is in most of the shots)? I enjoy his style and everything, but I think it’s time for him to stop romancing young co-stars and instead work on some sensible scripts. Both Anushka and Sonakshi have limited roles and neither makes an impression. Jagapathi Babu is alright. Santhanam is loud and his dubbing is even more irritating. The rest of the cast is fine.

Music by A R Rahman was pathetic. Did he really work on this film? Cos neither the background score nor the songs are up to his standards. Editing by Samjith is mediocre. While cinematography by Rathnavelu is good in parts, the below average graphics ruin the impact on most occasions.

Is it worth your time and money??: The trailer wasn’t impressive so I walked in with minimal expectations, but Lingaa turned out to be a bigger disappointment than I had expected. It ain’t a terrible film, but still, the fact that hardcore fans didn’t seem to enjoy the movie says a lot. So it’s totally alright if you give this one a skip.