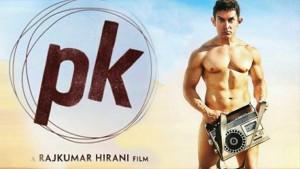 3 Idiots was a great film and it would have had to be something extraordinary to beat it. The expectations were super high, and after almost 5 years in the making, PK delivers, but does not excel.

All of Rajkumar Hirani’s three movies to date have had a social message, and PK is no exception. This time it’s about religious extremism. While a little jittery in the first few minutes, the next 90 minutes are absolute fun. Almost every episode makes you ponder over religious beliefs while making you roll in your seats. These 90 minutes are pure brilliance on direction front and showcase why Hirani is one of the finest directors in our industry. But then come second half, the script goes haywire, especially the talk show and the embassy episodes (both seemed goofy). Hirani and co-writer Abhijat Joshi also falter on screenplay in this half of the movie. Nevertheless, it’s a bold attempt on their front to showcase such extremism, and they need to be commended for their work. If only they excelled with a better ending!

The character is perfectly etched for Aamir and he is outstanding. Him carrying the same expression till he starts speaking Bhojpuri is worth a mention, and even otherwise, this probably is his best performance after Rang De Basanti. Anushka Sharma could have performed better (or rather should have underperformed), but she still is bearable. Sushant Singh Rajput impresses in his brief appearance and so does Sanjay Dutt. Surprisingly, Boman Irani has limited screen presence (for a Hirani film) and he is good. Saurabh Shukla is impressive as the godman.

Music by Shantanu Moitra, Ankit Tiwari and Ajay Atul is decent. Lyrics by Swanand Kirkire and Amitabh Varma need special mention for they are apt for the situations. Editing by Rajkumar Hirani could have been better. Cinematography by Muraleedharan is neat.

Is it worth your time and money??: There are a lot of expectations from an Aamir Khan movie, and they become ten-fold when the director is Rajkumar Hirani. While PK excels in most parts, the message is lost down the lane, and the ending seemed patchy. However, it is still a good movie thanks to some brilliant acting by the perfect Khan. While religious fanatics might not enjoy it, PK is a good watch for the rest.

So do you have company dhabba (stamp) on you?? 😛

Worth mention: Undoubtedly Aamir as PK. Him apart, the temple, church and mosque episodes are epic.

PS: I was just having the same discussion about religion with my mom the other day – God and religion are man-made concepts which help us live in sanity but not someone/something which punishes or instill fear in us. While I couldn’t convince her entirely, the movie helped in conveying my point to her 🙂