16/2/2014: The Secret Life of Walter Mitty is one of the most preposterous movies I’ve seen in recent time (apart from Dhoom 3 of course)!! 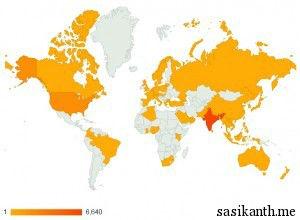 9/7/2012: Dropped into this little place called Cafe Churchill at Colaba. I used to love their French Fries with Cheese, but this time around, they were very bland, had neither taste nor flavour. Had a Mushroom Lasagna which was pretty decent. Followed it off with desserts at Theobrama, the best dessert shops I’ve been to so far in India. Had a Black Forest Pastry, Chilly Chocolate Mousse and a Mini Cupcake. The Cupcake was the best I’ve ever had in my life so far. Bliss!!

14/4/2012: Was at My Heart Coffee at Kondapur for a Couch Surfing meet. Had a Nutty Cold coffee and some kind of pasta. Coffee was good, pasta was very different from what I expected, but alright. Funny thing was when a couple of guys ordered Fajitas, they were served with chapati instead of tortillas. Decent place, nice ambiance, a lil too expensive though. Will do a proper review soon!!