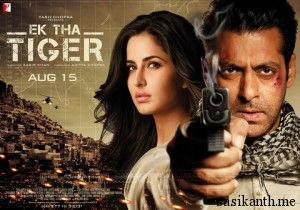 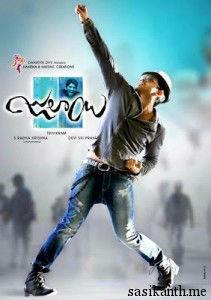 I kinda lost hope on Julayi once its release got postponed, but here I was watching it anyways. I should have listened to my gut feeling and stayed away for it was a sheer waste of time and money.

Julayi suffers from the same problem as other Telugu films, lack of a sensible script. Trivikram Srinivas (story-screenplay-direction) comes up with a flawed script, wherein he tried to fit in a number of elements into the two off hours movie, but failed to realize that the basic theme of the film was weak. Our hero, who’s supposed to be arrested for a wrong doing, suddenly becomes the cop’s best friend for he can think alike the villain. He not only starts giving them free advice, but even shoots and kills people on their behalf. In between comes a damsel whom he falls in love with, a corrupted politician, a revenge saga, etc, etc. The hero is shown to be intelligent, but there is no logic to his intelligence. As if the story wasn’t bad enough, the direction is mediocre, and screenplay horrendous. Trivikram’s dialogues are no savior, for good ones are very limited. And ya, ripping scenes from The Dark Knight and The Italian Job isn’t cool!!

Allu Arjun tries really hard to carry the movie on his shoulders, but the faulty script doesn’t do him any favors. However, he looked stylish, and his dances are very good. Ileana had a limited role and looked super hot, especially in the songs. Rajendra Prasad looked very odd with his wig and makeup, and was superficial on most occasions. An actor of his caliber can do much better. Sonu Sood had a meaty role, and he excelled. Bramhandam, MS Narayana, Bharani, Dharmavarapu, Ali, Vennala Kishore are all there, but none of them had a significant role. The dialogues are the only comic relief in the movie.

Music by Devi Sri Prasad is very good. But most songs sounded the same, probably because of similar kind of lyrics. Background score could have been more effective. Cinematography by  Chota K Naidu & Sam K Naidu is alright. Editing by Pravin Pudi is decent. Though flawed, the movie never seemed boring. Graphics were very bad and production values seemed mediocre.

Overall, a time pass flick which really doesn’t work. Nuvvu Naaku Nachav, Manmadhudu, Malliswari; all these movies had one think in common, awesome dialogues, which have been Trivikram’s forte. Instead  of sticking to them, he ventured into direction, and except for Athadu, he hasn’t been much successful. If anything, he even lost touch on his dialogues. Julayi is no different. It might be reviewed as an intelligent action entertainer by some, but for me, it was another disaster Telugu movie.

Acting: 7/10
Story-Screenplay-Direction: 5/10
Technical Aspects: 6/10
Is it worth your time and money??: No. Trivikram fails big time with this one, for even his famous dialogues don’t score. Julayi would have failed even if it released on its original release date in July!!