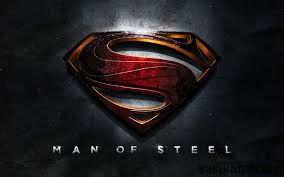 Is it worth your time and money??: I’d say NO!! Man Of Steel, for me at least, was a big disappointment. I found Superman Returns way better than this one. Coming from the house of Christopher Nolan (Story and Producer), a lot was expected, but alas! Zach Snyder, taking a page from Nolan’s work, tried non-linear storytelling, which I think failed miserably. Though the direction was decent, it’s the screenplay which kills the film – it was one of the worst screenplays I’ve seen in recent times (David Goyer). Most scenes seemed out of sync, and the fights especially were so fast that I couldn’t figure out a thing! Add to this some terrible graphic work (I’m not sure if it was because of the digital conversion for IMAX, but most scenes were grainy and bad). It seemed more like a sci-fi movie (reminded me of War of the Worlds) than a Superman movie. Acting and music were the only saviours. Overall, a mediocre movie. If given a chance, I’d skip it, and instead maybe watch Spiderman or something!!