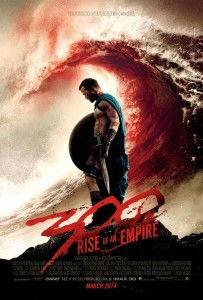 300: Rise of an Empire tells a story which runs parallel to the 2006 film 300, where Leonidas (Gerard Butler) leads 300 Spartans into battle. This film showcases the Greek fighting Artemisia (Eva Green), the naval commander of the God King Xerxes (Rodrigo Santoro). Just like it’s predecessor, this film, directed by Noam Murro, is a visual treat for any action movie lover. While the script and theatricals falter at times, the amazingly choreographed fight sequences and the spectacularly dark cinematography keep you engrossed in this blood shed warfare.

On the acting front, Eva Green is superb and fits the role to the bill as Artemisia. Forget beautiful, she looked as cunning and powerful as required to do justice to the role. On the other hand, I was disappointed with the lead, Sullivan Stapleton. A role of such magnitude needed someone with a better persona, and maybe better acting skills. He created no impact whatsoever.

The background score and sound effects are excellent. Editing by Wyatt Smith David Brenner is decent, while the screenplay by Zack Snyder and Kurt Johnstad could have been more effective. However, cinematography by Simon Duggan and the action sequences more than make up for other flaws.

Is it worth your time and money??: The film is a visual extravaganza. Barring the gore blood shed and mediocre performance from the lead actor, 300: Rise of an Empire is an entertaining watch.

Worth mention: The amazingly choreographed fight sequences in single shots.