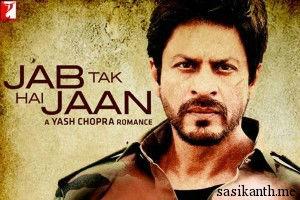 Is it worth your time and money??: Unless you are a die-hard SRK fan, skip Jab Tak Hai Jaan for it’s a 3 hour-long boring film. The romance is pathetic, and the love story is even worse. The concept was good, but the handling and the twists were terrible. On acting front, SRK did fine, and Anushka was pretty good, but Katrina sucked big time. Even Yash Chopra couldn’t make her act (Zoya did much better in ZNMD). Direction seemed out of sorts, and it really didn’t feel like a Yash Chopra film. The screenplay wasn’t up to the mark as well. Music by A. R. Rahman, except for one song, is of second grade quality. Cinematography is fine, but editing could have been much better. Production values by Yash Raj weren’t up to the mark as well, for the graphics were horrendous. My recommendation, don’t watch Jab Tak Hai Jaan jab tak hai jaan!!