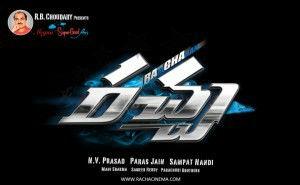 I give this film a 4.5, for it made me laugh my lungs out on most occasions. The sheer stupidity was a pleasure to watch!!