Palace Heights is one the oldest restaurants in the city. Its located in a small lane behind the Taj Mahal hotel, on the 8th floor of Triveni complex (It can be a pain to find). The interiors and decors are very well done, and the elevation gives us an exquisite view of the city.

Its been a while since I last came to this place and I was kinda excited to be here. My friends wanted to go to Santosh Dhaba, but I somehow convinced them to come here, promising them awesome food.

They have a huge menu, right from Punjabi, Chinese, to Mexican food and Sizzlers. They even serve drinks. We ordered Vegetable Gold Coin and Chilly Paneer for starters, Malai Cheese Kofta and Paneer Khurchan along with Kashmiri Naan, Masala Kulcha and Stuffed Paratha for two of us, and Chicken Biryani for the third.

It took forever, and I mean forever for the starters to arrive. After 30 minutes, and reminding the guy a couple of times, the Gold Coins and Chilly Paneer were finally served, with Schezwan sauce and some kind of chutney. 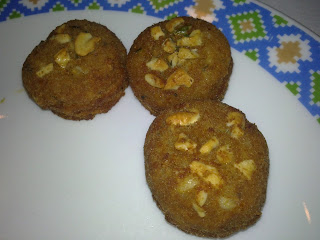 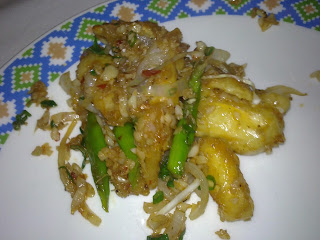 The Gold coins were crispy and very well baked. They had few cashew nuts here and there, the bread was good, and the stuffing was tasty. The Chilly Paneer was excellent. It’s probably the best I’ve had in recent times. Even my friends loved it. The Paneer was fresh, and well fried. It wasnt too greasy though. Not so spicy either.

Though we were miffed because of the long wait, perfect start to the meal. And then came the rest of the stuff we ordered. 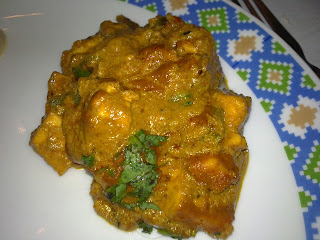 The Paneer Kurchan was alright. I’ve never actually tasted Kurchan before, so had nothing to compare it with. It pretty much tasted like a blend of Paneer Butter Masala and Kadai Paneer. I thought that it was pretty dry with not much gravy to it. 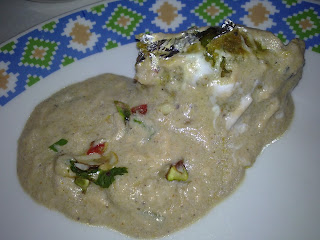 The Malai Kofta in my opinion was really good. It was very creamy, and the kofta ball was very soft. I couldn’t feel any cheese, but there were quite a few nuts in there.

The Kashmiri Naan was pretty good. There were three huge pieces of it. It was a little sweet, but no so much to spoil the taste of the subzi. The first two pieces were well-baked, but the third was a little too crispy. The Masala Kulcha was alright, and the Stuffed Paratha was excellent.

My friend was happy with his Chicken Biryani.

For a restaurant of such high reputation, the service was pathetic. About three guys were rushing us to place the order from when we were seated, but no one bothered to respond after the food was ordered. We actually didn’t know who was in charge of our table, cos there would be a bunch of them when food was served, and they would disappear into thin air thereafter. My friend had asked for paper napkins, and each guy would point fingers to the next one to get them.

Having pulled my friends from a cheaper, better place to this one, I was almost thrashed when we got out of the place. The food was alright yes, but the prices were exorbitant. It wouldn’t have mattered so much if each of us enjoyed our meal, but thanks to the horrible service, we were quite disappointed. The starters were great, and the rest of the food was alright. The quantity of food served was pretty decent (we had leftovers packed up). The ambiance was definitely a plus, but the place was too loud at times.