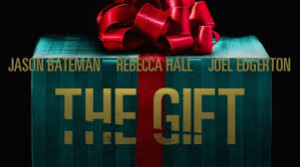 The Gift might not have big names or a star cast, but some slick direction makes it a near perfect thriller.

Directed by Joel Edgerton, The Gift tells the story of a young couple, Simon and Robyn, moving into a suburban Los Angeles neighbourhood after Simon finds a new job outside the city. They are soon visited by Gordo, a former high school classmate of Simon’s. While Gordo thinks of Simon as a long-lost friend and showers the couple with unwarranted gifts, Simon thinks otherwise. Things turn ugly when bygones aren’t bygones any more, and we have an edge of the seat thriller at hand, thanks to some smart story telling. While most of the movie is entertaining, the ending seemed a bit clichéd. Nevertheless it’s a good try by the débutante director. The fact that the movie has a positive message, especially for today’s generation, is noteworthy.

Jason Bateman is good as Simon, while Rebecca Hall does a good job as Robyn. Joel is perfect as Gordo; he ensures to downplay the character perfectly. Rest of the cast is alright.

Music by Danny Bensi and Saunder Jurriaans is good. Editing by Luke Doolan is neat, and so is the cinematography by Eduard Grau.

Is it worth your time and money?: While it might not be a brilliant film, The Gift is a slick thriller which gives you bang for your buck.

Worth mention: The message the movie conveys.