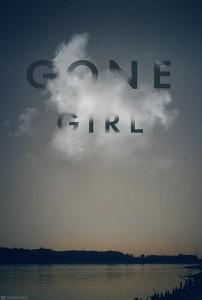 David Fincher has been known to make different kinda movies. Ben Affleck is an actor you can’t get enough of. Them working on an adaptation of a best-selling novel results in one the weirdest movies I’ve ever watched.

The movie starts off as a mystery; a man is in search of his wife who disappeared from their house. It soon turns into a drama about marital issues. Then it turns into a thriller where you’re expecting something unexpected to happen the very next moment. And then, it end so weirdly that you’re left in awe, with mouth wide open, literally. I haven’t read Gillian Flynn’s novel, but boy, that was one hell of a story. David Fincher does a great job of putting it on-screen with just about perfect direction. Add to that some excellent screenplay by Flynn, and the movie is perfect to watch.

Ben Affleck is great as the carefree husband. He has put on a lot of weight for the role and it felt as if the character was written for him; he was that good. Rosamund Pike is absolutely brilliant as his wife, and is actually better than Affleck. Neil Patrick Harris appears briefly as an obsessed boyfriend and is good. Carrie Coon is decent while Kim Dickens comes up with a good act.

Music by Trent Reznor and Atticus Ross is haunting yet very subtle. Editing by Kirk Baxter is perfect, and cinematography by Jeff Cronenweth is good. Again, no qualms on technical front.

Is it worth your time and money??: Gone Girl is a weird good film. The problem here isn’t with the acting, direction or screenplay, it’s with the ending for you either like it or you don’t. Of the 150 odd minutes, you’re at the edge of your seat for almost 125. What happens in the next 15-20 minutes is a gamble you ought to take. It all depends on how you handle it. 😀

Worth mention: The weird ending!