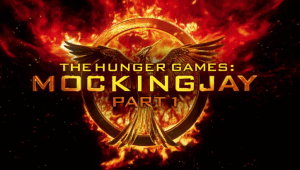 Scripted by Danny Strong and Peter Craig, and directed by Francis Lawrence, the problem with The Hunger Games: Mockingjay – Part 1 is it’s snail paced narration. Right from the word go, almost all the scenes seemed a drag and some of them were in fact repetitive. There’s enough emotion, with Jennifer Lawrence putting up a great act, but there nothing on the action front to substantiate the expectations of a Hunger Games movie. The slow screenplay plays a big time spoil sport.

Music by James Newton Howard is decent, with pretty good sound mixing and design. Cinematography by Jo Willems is alright while editing by Mark Yoshikawa could have been better. It probably would have been best if the producers didn’t break the third book of the instalment into two parts.

Is it worth your time and money??: Compared to the first two films of the series, this one is more or less a bore. But that doesn’t mean you can skip it, especially if you’re following the series. So unless you happen to be a fan, wait for the DVD.

Worth mention: Jennifer Lawrence is close to brilliant on acting front.