I last came to Jalpaan a couple of years ago to try their buffet. Though the food was decent, I never returned for it didn’t impress me so much. Wanting to experiment, and give the place another try, here I was with my parents a couple of weeks ago. For a weekday, the restaurant was more or less crowded, and as usual, we settled down in a corner.

I liked their Indian offerings last time, so wanted to stick to that. We ordered Sarosnwala Paneer to start, and Zafraani Kofta, Banarasi Aloo for main course, along with Butter Naan, Stuffed Paratha and  Onion Kulcha. 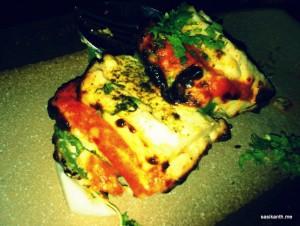 The Sarsonwala Paneer was served in about 10 minutes and looked mouth-watering. Taste wise, it was very good for the paneer was very fresh and melt in mouth. The seasoning was yum and it was grilled perfectly. Overall, a good start to the meal. 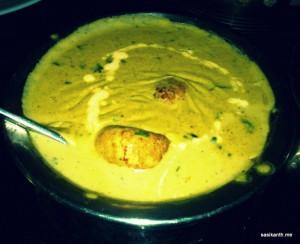 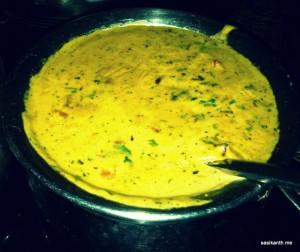 I was disappointed with the fact that the waiter didn’t inform us that both curries ordered would have similar gravy. The Zafrani Kofta had three kofta balls in a creamy rich gravy while the Bararasi Aloo had baby potatoes in a similar one. Strangely, the three kofta balls had different taste – one was perfect, one had excess hing which gave it a sour taste, while the third barely had any salt. The baby potatoes on the other hand were undercooked and were difficult to cut even with a knife. Thankfully though, the gravy was finger-licking good. But what’d the point?? 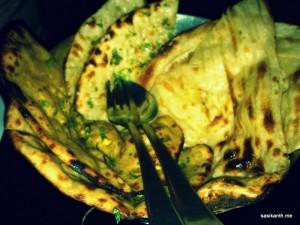 Of the bread, the Butter Naan was pretty good while the Onion Kulcha and Stuffed Paratha tasted more or less the same. They all had a sumptuous coating of butter which made them soft and tasty.

Not sure if I’d ever return to this place again, I decided to give their special Potli Biryani a try, and ordered for the same. 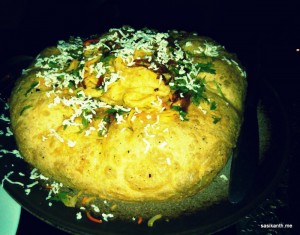 It took a while for the biryani to be served, and when it came, it looked like a large batura. The maida based Potli had biryani stuffed inside and cooked in the oven. We watched the waiter struggle to cut open the large Potli, and when he did, the biryani quantity served just two of us. Why waste so much maida for such less biryani? On taste front, it was like pulau with a lot of masala, and while it wasn’t bad, it wasn’t exceptional either.

Overall, a mediocre meal. The starter was good, but the curries were a disappointment. The biryani too was just average. Service seemed pretty slow as well, and as already mentioned, the fact that I wasn’t informed about similar gravies was a turn off. The food was pretty pricey as well, while the quantity wasn’t great. So in all honesty, giving this place a miss isn’t a bad idea.; try it if only you have no other option.