While roaming about in Secunderabad, we came across this place right in the center of M.G circle. Wanting to try out something new, me and my brother dropped in, hoping to taste some yummy Punjabi food. The restaurant is on the first floor of an old building located right next to the General Bazaar lane. Being a Saturday night, the place was almost packed. Through the entire restaurant was air-conditioned, we sat in a separate enclosure, which was relatively empty and much more cooler. The place was more or less a dhaba. Ambiance was decent but the seating was a wee bit uncomfortable.

Looking at the menu, all the items seemed expensive than any of the other dhaba’s around. Playing safe, we ordered a Malai Kofta and Kaju Paneer along with Tandoori Roti. We also ordered a Jeera Rice. 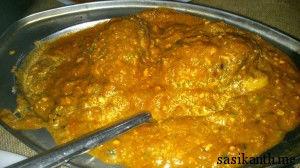 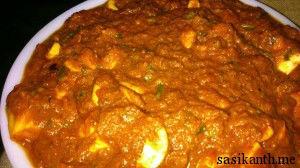 The food was served in good time, but the quantity served was disheartening. We were still hoping for them to taste good, but were again disappointed. The Kofta in the Malai Kofta was very hard, and close to burnt, while the gravy was under-cooked. We could taste the raw tomato in the dish. The Kaju Paneer was more or less the bhaji of Pav Bhaji with raw kaju and paneer added. For 14 bucks a piece, the Roti was unbelievably small, and was done in about four bites.

The Jeera Rice was little better. Though the rice was broken, it at least had some flavor and tasted like it should have.

Overall, for a place which calls itself Singh’s, there is nothing Punjabi about it. As if the bad food wasn’t enough, even the service was horrendous. After a totally unpleasant meal, the bill turned out to be a whopping 420 bucks. Atrocious!! This was the most expensive yet sad dhaba experience ever. Stay away from this place!!