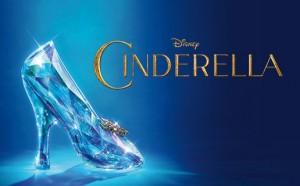 The story we grew up with is back on the big screen. It might have been told over and over but still has the magic which can charm you; and this version is no different.

Director Kenneth Branagh doesn’t play around while telling Cinderella’s tale, and that actually what makes this movie work. Direction is good, however, the emotions could have been more powerful. The evil wicked mother wasn’t really evil, and the love story could have been better. Screenplay by Chris Weitz also seemed a little out of sorts, especially in the ball episode. A little more engaging screenplay would have worked wonders.

Lilly James is perfect as Ella; she has the innocence needed to play the character, and does total justice. She looks gorgeously beautiful in the ball gown. Richard Madden is handsome enough to be Prince Charming, and does well. Cate Blanchet could have been more evil. The rest of the cast is alright.

Music by Patrick Doyle is decent, while sound mixing and effects are good. Cinematography by Haris Zambarloukos is excellent, and editing by Martin Walsh could have been crisp. Disney has its stamp all over the movie.

Is it worth your time and money?: It might not be an excellent film, but it is a decent watch nevertheless.

Worth mention: Cinderella in the ball gown.