On this particular evening, here I was to pick up some Biryani, Kaju Paneer Masala and a Masala Kulcha. In about 10 minutes, my order was ready and I was on my way home. 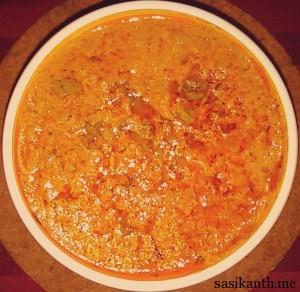 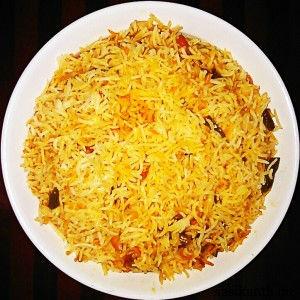 The Kaju Masala curry turned out to be rich and tasty, with lots of cashew nuts and fresh paneer. I would have preferred the gravy to be more spicy, but no qualms. The Masala Kulcha looked dry, but was actually pretty tasty.

The Veg. Biryani was a no frill affair – simple yet flavourful. It had chunks of well cooked vegetables, was light and aromatic. It’s tough to pick a favorite between this and the Handi Biryani you get at Dwaraka. I guess both are yum in their own way.

The quantity of both the items was sumptuous, and for the price I paid, it was quite a meal (They actually served as two meals). If you’re a vegetarian, I’d suggest you try their Biryani for sure.