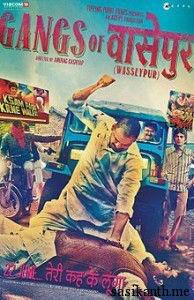 Gangs of Wasseypur starts off with a bunch of guys raiding a house tearing into pieces in the year 2004. It then flashbacks to 1941, and then, 3 hours later, ends in 1990, with a “To be continued”. By this time, my head was hurting like crazy, and half the theater had walked out. Now take an intelligent guess on how good the film was.

Anurag Kashyap’s Gangs of Wasseypur absolutely had no story. Except for people from 1940’s looking still the same even in 1980’s, a lot of swear words, vulgar dialogues, and infidelity, there is nothing the film has to offer. The screenplay is very haphazard, and so bloody slow. I just can’t describe how disappointed I was. The acting, music, cinematography, thankfully, were good, and helped me survive!

There’s no point writing more. If you happen to like the movie, be my guest and finish the review for me 😛

Acting: 7.5/10
Story-Screenplay-Direction: 3/10
Technical Aspects: 6/10
Is it worth your time and money??: NO!! No matter what other reviews say, people started walking out of the theatre post interval. Unless you like such dark, vulgar films with no story, stay away.