On Christmas, we headed out for a drive and decided to dine at Santosh Dhaba (Jaya International lane). But I realized that they opened a new restaurant next to the Santosh Dhaba Extension, and decided to try it instead. The place was packed with people waiting to get in to both Extension and Jashn. We had to wait for about 15 minutes before we were seated. On ambiance front, the place has good interiors (to give it the fine dine touch), but the tables were cramped next to each other. And there was the reverberating noise; it was like you were at a market rather than a restaurant.

Having walked in, we decided to sit through. But the surprise element was yet to be discovered – a look at their menu. They had more variety than what Santosh Dhaba offers (Italian, Chaat, etc.), but one look at the prices and you’d wonder if you walked into a star restaurant. Everything was overpriced, a Naan which would cost about 20 bucks at the Extension next door was 50! (and I’m guessing they came from the same kitchen). We somehow managed to ignore this and ordered Manchuria as starter, and Bulbul Kofta along with Roti, Aloo Paratha and Stuffed Kulcha for main course. 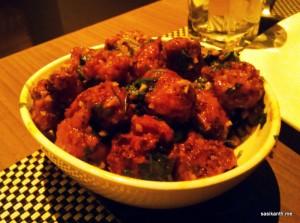 People at the adjacent table placed their order at the same time as us and their main course was served but our starter was yet to come; that’s how long it took for the Manchuria to be served. And after such a long wait, they turned out to be among the most terrible Manchuria I’ve ever had. Soggy and overcooked, they barely had any flavour. When we informed this to the steward, he just ignored us. 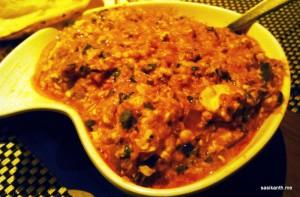 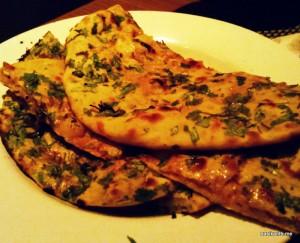 Thankfully, the main course didn’t take long to be served. The Kofta tasted decent, but was nothing spectacular. Roti and Aloo Paratha were alright. The Stuffed Kulcha, which is usually stuffed with cashew nuts, barely had any.

I wanted to order more, but decided against it given the mediocre food and service. Oh yea, the service – though there were waiters standing right next to our table, they wouldn’t hear us out cos it wasn’t their table (all that we had asked them was to get us a fork and some ketchup). In all, one of the most disappointing meals in recent times. Given that its’ from the house of Santosh Dhaba, it’s a bigger disappointment. Never ever coming back, and I suggest you stay away as well.