Update: Restaurant shut down a while ago.

Olives and Cheese is a new Italian restaurant in town. The place is small yet bright. They serve a wide range of Soups, Antipasti, Breads, Pizzas, Pastas, Sandwiches and Salads, both vegetarian and non-vegetarian. They have a small desert menu. 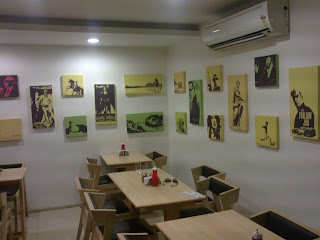 I read about this place on Burrp, listed as a cheap fare Italian restaurant, famous for its Pizzas, so here I was. Drove exactly 11 kilometer to taste their pizza. The place was not so full at 9:00 PM, and I settled down in a corner. There was no music playing, probably because of the cricket match on TV.

I ordered a Szechwan Mushroom Delight pizza. I dint want Capsicum on my pizza, so I asked them to replace it with Olives. For a restaurant named Olives and Cheese, they were out of olives. So I asked him to replace it with Babycorn. Unfortunately, they were out of Babycorn too. So finally settled in for Jalapenos. Unable to withstand the temptation, I also ordered a Fettuccine in Alfredo Sauce pasta. 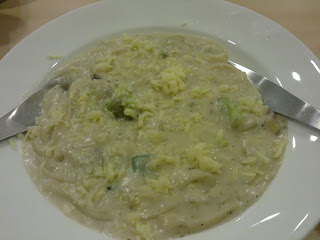 I was hoping for the pizza to come out first, but it was the pasta. It was really cheesy and creamy, just the way I like it. They added Mushrooms, Zucchini and Onions to it. The portion was sumptuous. I was almost full, and was wondering why I ordered a pizza. Pretty good start I should say. 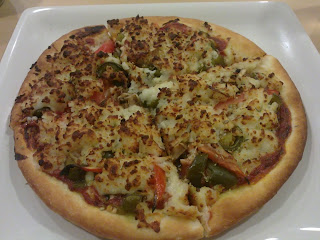 It took a while for the pizza to arrive. This gave me time to make space in my tummy. I asked for a thin crust, but they actually brought a regular crust, which was not so thick after all. It dint matter much cos the crust was really good. The cheese dint seem to be mozzarella, and therefore was breaking way in chunks. But still it was a decent pizza. It wasnt huge, about 8″ in size. I liked the pasta better. 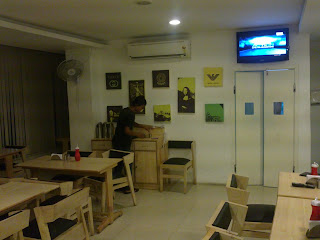 Overall, a pretty decent experience. Its no where close to Little Italy (one of my favorite restaurants in Hyderabad). But for its prices, its worth it. They started turning off the lights and closing down the place while I was in there, at 10:30 PM, which was a turn-off. Anyways, I would definitely go back to this place, even if its a long ride. I would also recommend it to you guys.

PS: It’s ironical that this place opened just after I left to the US. Back then, I always used to hang out a lot on this road, and there was no good place except for Vacs and McD. Now I see that there are quite a few restaurants here.