On my birthday, I was confused on where to go for lunch. I wasn’t really hungry, so the initial plans of going for a buffet were ditched. I wanted to have something yum, and that’s when I zeroed on my first favourite restaurant in town, the food I’ve been hogging from probably my first birthday!

I didn’t even have to look at the menu for I exactly knew what I wanted: Malai Kofta, Butter Naan and the amazingly yummy Ghee Rice. 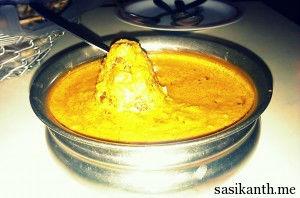 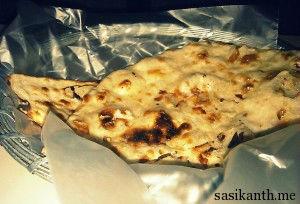 The food was served in about 10 minutes. I thought the Malai Kofta quantity was reduced for it was served in a smaller bowl. But I didn’t care for it tasted delicious. Unlike most other places which use paneer to make the kofta, Shanbhag still goes the old way using mashed lauki and other vegetables. The gravy was thick, and a little too spicy than usual, but tasted great with the awesome Butter Naan. Their Butter Naan is the best in town! 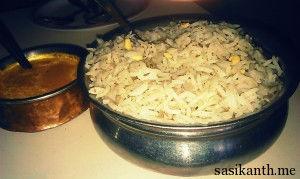 Apart from the Naan, these guys also serve the best Ghee Rice in town, and today was no different. With tons of cashew nuts, it was simple yet yummy. However, I was a little disappointed for the gravy served along was too thin than usual, and lacked the authentic taste.

Overall, a palatable meal. Service was quick, and the ambiance has been the same for almost 20 years now. Though the quantity served has reduced, I still had enough leftovers for another meal. Their prices have increased over time, but I think they are still worth every penny. Go hog!