Went to visit family friends in Kukatpally last week with amma and my bro. We decided to head out for dinner, and dropped in at Sitara Grand. For a weekday, the place was packed at 9:30 in the night. It had decent ambiance, but the crowd was overwhelming. It took about 20 minutes for us to find a table (for 5 adults and 2 kids).

The table was still being cleaned when we were directed to it. There were loads of used tissue papers under the table, which we had to ask to be cleaned. Thanks to the capacity crowd, the waiters were running around the place, and it took about 10 minutes before water and menus arrived.

The kids ordered Chilly Chicken and American Chopsuey for themselves. The rest ordered a Paneer Butter Masala and Aloo Gobi with Tandoori Roti. We also ordered a Jeera rice. 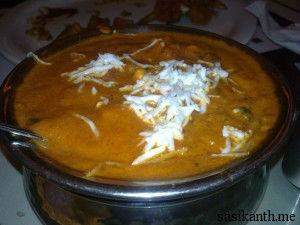 The Paneer Butter Masala was very good. For a change, the paneer was fresh and soft. The gravy was creamy and yum. 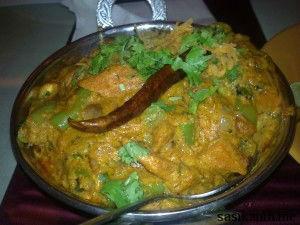 The Aloo Gobi proved the fact that I need to be trying something other than the regular PBM and Kofta more often. It was very well cooked, spicy and tasty. I loved it better than the PBM. 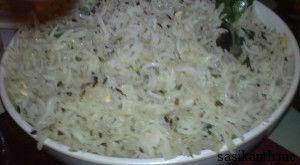 I was kinda apprehensive about the Jeera Rice, but it turned out to be very good. It had cashew-nuts and in all, was very good.

Overall, a decent meal. Though the service was quite a mess initially, it got better and better as the place emptied. The quantity of food served also was very good. It looked to be the only decent restaurant in KPHB, and it didn’t disappoint. Give it a shot when you’re in this part of the town.