Wanting to try a new place, we dropped by at Vasudev Dhaba in Sindhi Colony. It’s a small place, easy to locate, not so exquisite to look at from the outside. We walked in, and the place was bloody hot. Though an AC restaurant, the place had none running, and no fans running either. We sat at a table in an enclosure, making sure he turned on the fan. It was a decent place, something similar to Santosh Dhabha.

It took about five minutes for the waiter to appear at our table. He was kinda sweet and helped us a lot with our order. We ordered Chilly Paneer as starter. For main course, we went for Punjabi Kofta and their day special Tiranga Paneer, along with a stuffed Naan and stuffed Kulcha. We also ordered a dum Biryani. 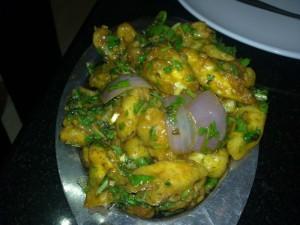 The Chilly Paneer was good, but the paneer wasn’t great. It had a mix of fresh and old paneer, and so few pieces were like eating rubber. 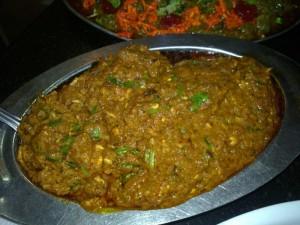 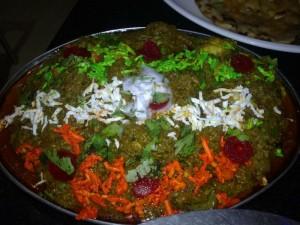 The Punjabi Kofta looked scary, while the Tiranga Paneer was well presented, but both were oily like crazy. The Kofta tasted alright, but kinda hard. The gravy was well cooked though. The Tiranga Paneer had tons of gravy with very few paneer pieces which were horrible. Again, unfresh. The oozing oil from both the dishes was scary to look at. 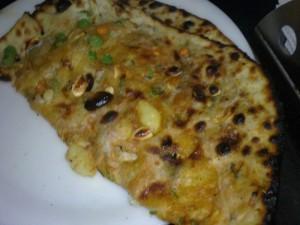 Both the Naan and Kulcha tasted pretty much the same. We asked for the stuffed Naan and Kulcha without butter. But even then, they were oozing out oil. The portion of bread was quite small, and they were burnt towards the corners. The stuffing wasn’t great either. 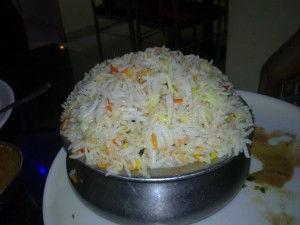 The only part of the meal which was good, was the dum biryani. The quantity served impressed us, and so did the taste. The dum/curry was well cooked, and the rice was perfect. Though again, it was oily.

Overall, we were kinda disappointed. Looking at the place from outset, we expected something similar to Santosh Dhaba, but it was not even close. The food, though priced nominally, lacked brilliant taste, and was very very oily. Roti Shhoti on the opposite side of the road was much better. Give it a try, but don’t expect anything great.