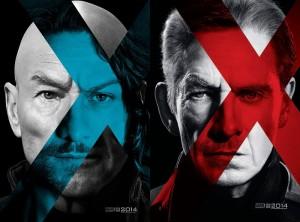 We finally have a sequel to X-Men: First Class, which combines elements from almost all the X-Men movies. Yay!

After directing the uninspiring Jack the Giant Slayer, Bryan Singer is back with what he does best, directing X-Men movies. Scripted by Simon Kinberg, Matthew Vaughn and Jane Goldman, there are number of subplots and loose end which needed to be taken care of in this one, and Singer does a great job (while there are still few minor unanswered questions). The screenplay is very impressive, especially during the climax where both the past and future are running in parallel. However, I thought the future episodes could have been better handled.

The movie has a huge casting lineup, and everyone performs their best. After five movies as Wolverine (and a special appearance in the sixth), it’s more of a cakewalk for Hugh Jackman. I sometimes wonder if he’s born to play Wolverine! James McAvoy and Micheal Fassbender carry on from where there left off in First Class, with Fassbender having much stronger screen presence. Jennifer Lawrence looked super hot and did great, while Peter Dinklage is good. The rest of the cast is perfect.

On technical front, music by John Ottman could have been better (I feel so especially after amazing score by Hans Zimmer for The Amazing Spider-Man 2). His editing work is pretty neat though (apparently most of Rogue’s scenes were cut out, I wonder why). Cinematography by Newton Thomas Sigel is good, but the 3D effects and visuals weren’t really upto the mark.

Is it worth your time and money??: This is definitely one of the best movies in the series, but I personally liked First Class better. It’s still a fun film, with a lot happening. While The Amazing Spider-Man 2 relied on visuals to get you engrossed, X-Men: Days of Future Past relies solely on its script, and doesn’t disappoint. It’d be nice if you catch up with other films so that you understand this one better. You’ll be fine otherwise too.

Worth mention: Quick Silver during the pentagon break episode, and the past and the future shots during the climax.