Met my cousins after a long time, and after having loads of fun at Alligator, dropped in at Chillys to hog. It was my choice for I’ve been to this place long time ago, and loved their food. It’s a brightly lit restaurant with an ambiance perfect for family crowd. We were courteously seated at a table for six towards the back of the restaurant. The waiters were quite nice and gave us our time to settle.

We were quite hungry, so skipped the soup and ordered a Veg. Manchuria, Paneer Tikka and Shanghai Rolls for the starters. For the main course, after a lot of khich-khich, we ordered Kaju Masala, Rajasthani Kofta and Hyderabadi Paneer. We went for the Roti Tokri which came with Tandoori roti, Masala Kulcha, Butter Naan and Paratha. We also ordered a portion of Nawabi Kulcha and Kaju Bhari Kulcha. For rice, we ordered Dum Biryani and Veg. Fried Rice. 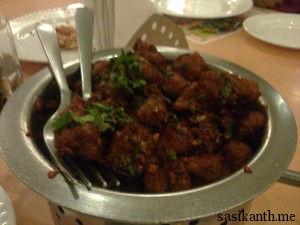 In less than 10 minutes, the starters were served one after the other. The Manchuria was crispy and crunchy, a little spicy, but still tasted good. 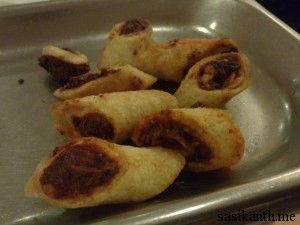 The Shanghai Rolls were again crispy (maybe a little too crispy). The stuffing inside was yummy and overall, delicious. 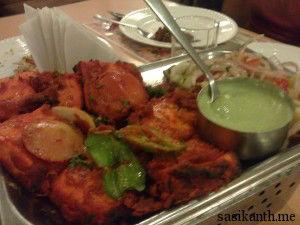 The best of the lot though was the Paneer Tikka. The paneer was as soft as malai and pretty much melted in my mouth. They were very well marinated and it was one of the best Paneer Tikka I’ve had in recent times. 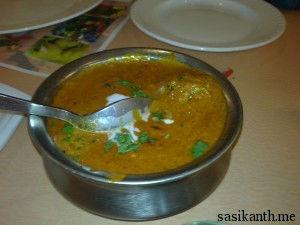 After another 10 minute wait, the main course was served. The Rajasthani Kofta tasted pretty much like the regular Kofta. The kofta balls were soft and good, the gravy was yum, but maybe a little too salty. 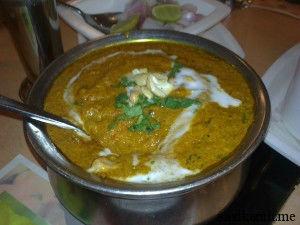 The Hyderabadi Paneer had the awesome paneer in it. The gravy was creamy and yum, but again, little salty. 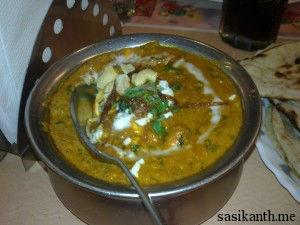 I loved Kaju Masala the best. The gravy pretty much tasted like the one used for the Hyderabadi Paneer, but overall, excellent. 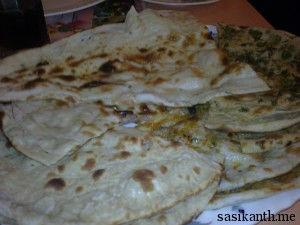 All the rotis and kulchas were really soft and good. The Stuffed Kulcha was the best. 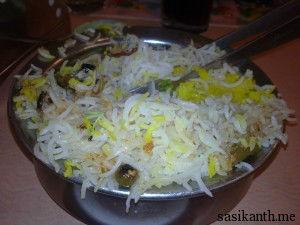 The Biryani tasted very good, but was a little too oily. The rice also was more or less broken. Nevertheless, it had a nice flavor to it. The Fried Rice on the other hand was excellent. It was perfectly cooked, and I know I say this often, but the best I’ve had in recent times. Yummy!!

To end the meal, we ordered for one Mango and one Chocolate ice cream. The waiter was sweet enough to serve them one by two, and yet, the quantity in each bowl was as good as a full ice cream. Both of them tasted yum.

Overall, we had a wonderful time. The ambiance was perfect and let us be as loud as we could. The waiters were sweet enough to join us in our conversations. One guy was actually motivating my little cousin sister to finish her meal by telling her stories. The prices were very reasonable as well. Though there was nothing exceptional about the food, the overall experience was amazing. The paneer needs a special mention.

This is a perfect restaurant for family dining. Give it a shot with your loved ones!