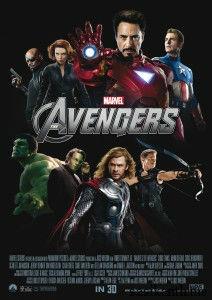 Whoa.. what a movie!! The Avengers is two hours of non stop fun and action. After Mission Impossible, this is one film I’d love to watch over and over again. I’m Hulk smashed!!

It is quite a task to bring four super heroes into one film, and the expectations are pretty high. But director Joss Whedon does full justice by creating a spectacular action film. The script, co-written by Zak Penn, is pacy in itself, and Joss made sure that the story remains close to its roots. I thought there were a few instances which couldn’t be connected well with the previous films, but otherwise the direction was perfect. The way he inserted witty humor (Hulk smashing Loki was hilarious!!), and canned action episodes is commendable. The screenplay is very good. The last 30 minutes of the film was simply superb.

On the acting front, Robert Downey Jr. (Iron Man) takes the lead with his ever-charming arrogant flair. He mouths some of the best lines in the film as expected.  Chris Evans (Captain America) is perfect. I would have expected him to act a little more surprised with the happenings around him after waking from 70 years sleep though. Mark Ruffalo was good, but I liked Edward Norton (Incredible Hulk) better. His character is the best sketched one in the movie, and this might be the best Hulk movie ever. Him smashing Loki was one of the best scenes in the movie (almost every one in the theater was clapping and hooting for it). Chris Hemsworth (Thor) was excellent, but I thought he had minimum footage. I would have loved to see more of him. Scarlett Johansson (Black Widow) looked hot, but I thought her character was not very well explained. Jeremy Renner (Hawkeye) is great. The best act of the movie for me though was by Tom Hiddleston (Loki). His expressions and mannerisms were excellent. His character could have been more fearsome though. Samuel Jackson (Nick Fury) was alright.

On the technical front, music by Alan Silvestri is very good. Cinematography by Seamus McGarvey is of top-notch quality. The action episodes were excellently picturized.  Editing by Jeffrey Ford and Lisa Lassek is crisp and perfect. You are left wanting more towards the end of the movie.The graphic work is excellent and the 3D effects deserve a special mention.

Overall, an entertaining film. Some great acting, good direction and amazing effects make this a must watch for every action film fan. Whether you’ve watched the rest of the series or not, you’ll surely enjoy this one. Go get Hulk smashed!!